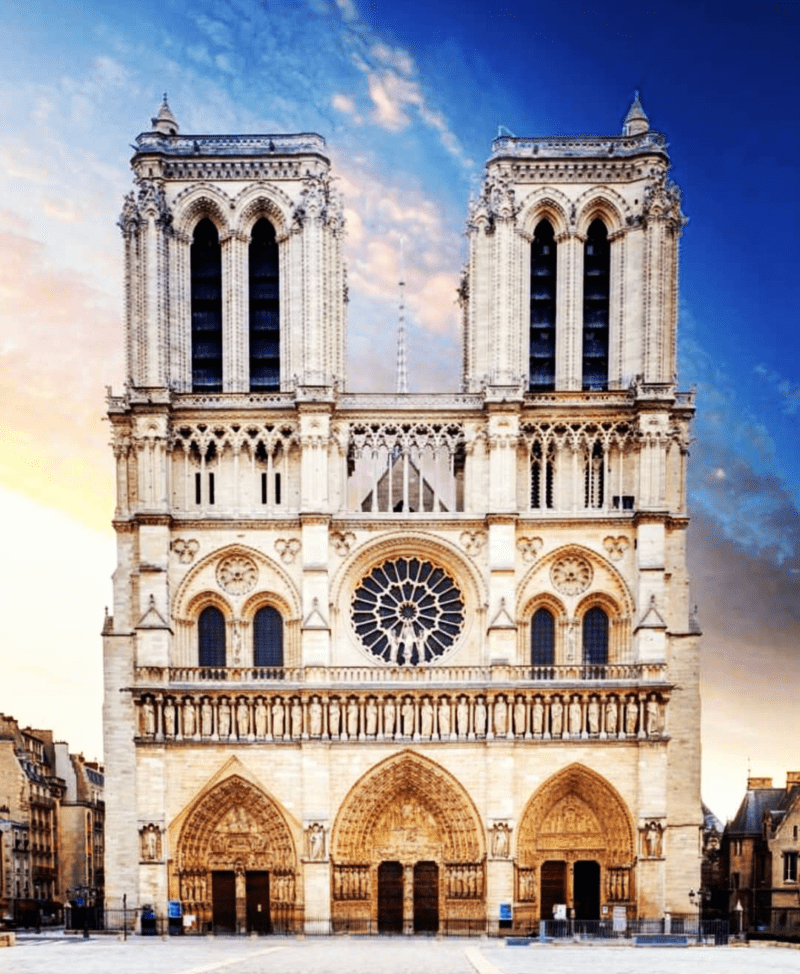 Shushed in the Notre Dame Cathedral

CNN reported this Fall that the Cathedral of Notre Dame’s structure has been entirely secured and is on schedule to reopen it’s doors to the public in 2024. Five years after the devastating fire of 2019.

How exciting is that?!

I remember the day that I turned on the news to see the Cathedral burning. I prayed that it would not be consumed. When the fire was under control, I was relieved and remembered my first visit through its doors.

I was Easter morning of 2012. I was in Paris for my birthday. As is customary for me, I attend church service when I travel. I like to see how other communities of faith gather in other places, so, I informed my fellow travelers that I was going and they obliged.

So off we were to the first Mass of the day so that we could beat the larger crowd guaranteed to gather later that day. Remember, it was Easter Sunday.

We got there super early by public transportation (we took the city bus from our hotel to the underground subway) and came up the stairs to see Notre Dame before us. It was majestic and beautiful. 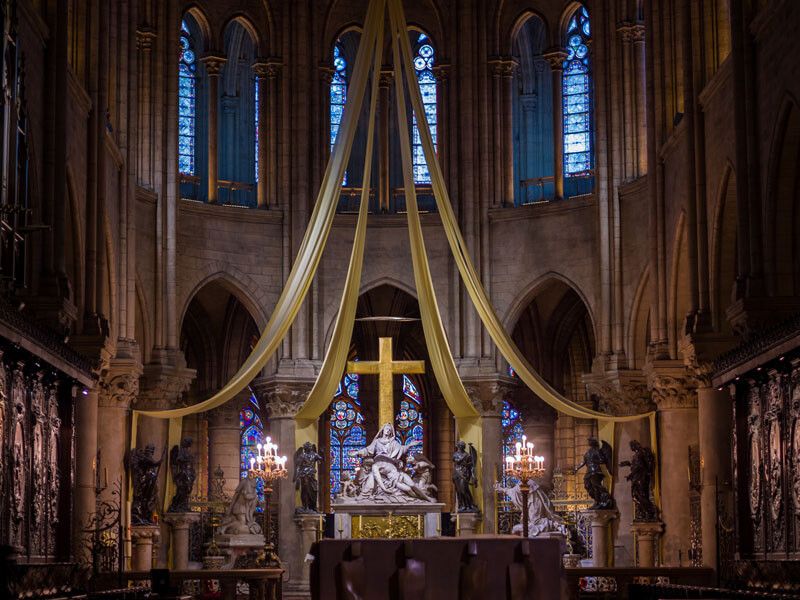 There was a quiet reverence from everyone as we enter the doors. Hundreds and hundreds of years old doors and structure. It was so beautiful. We did the self guided tour on the main and lower levels. We even got to see up close, a replica of the Cathedral, made of wood. All I kept saying was “Wow.”

During our self guided tour I kept, I kept telling my fellow travelers that we had to watch the time so that we could take our seats for Mass. The time had come where we did just that and was also able to obtain a bulletin of the service. That’s when we realized that we could not read anything that was written. I was sitting closet to my girlfriend Vanecia at the time and we were trying to figure out what was happening in the service. We were part listening and part debating whether or not the Priests were speaking French or Italian.

It was during one of these low tone exchanges that the gentleman kneeling on the prayer bench in front of us turned around to us and “shhhh” at us with his index finger over his lips. All conversation ceased and we looked at each other trying to hold back laughter because the 2 grown adults, who are also ordained clergy in the United States were shushed in church. Not just any church, but the Cathedral of Notre Dame. And not just the Cathedral of Notre Dame, but on one of the high holy days in Christendom, Easter Sunday morning.

Needless to say, we did not say another audible word and proceeded to use sign language and passing written notes to communicate. But when service ended, and our offended parishioner departed, we laughed so hard at the incident that we couldn’t walk. Here we are 10 years later and it is still one of the highlight stories of our ventures. I would bet that such a thing has barely happened to anyone else, which puts us in a class by ourselves.

So maybe we’ll plan a reunion trip to Paris in 2024 to reenter the doors of the Notre Dame Cathedral and see its splendor, while not being shushed during Mass.